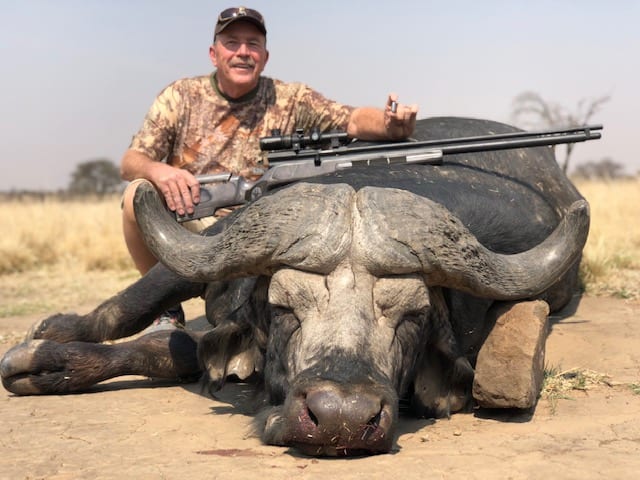 “We are thrilled for Robert as the newest pending airgun world record holder for Cape Buffalo,” says Director, Jason Reid. Grace’s Cape Buffalo is a great example of the species, and of the ethical power air rifles even with the biggest and toughest of game species.”

“Once we were able to get ahead of the herd of Buffalo we waited for the old Duggaboy to present a broadside shot, said Grace. “I was able to make a good shot at about 50 yards and due to the crosswind, the Buffalo never heard the shot. He ran a total of about 90 yards before expiring. What an exciting, adrenaline-packed hunt!”