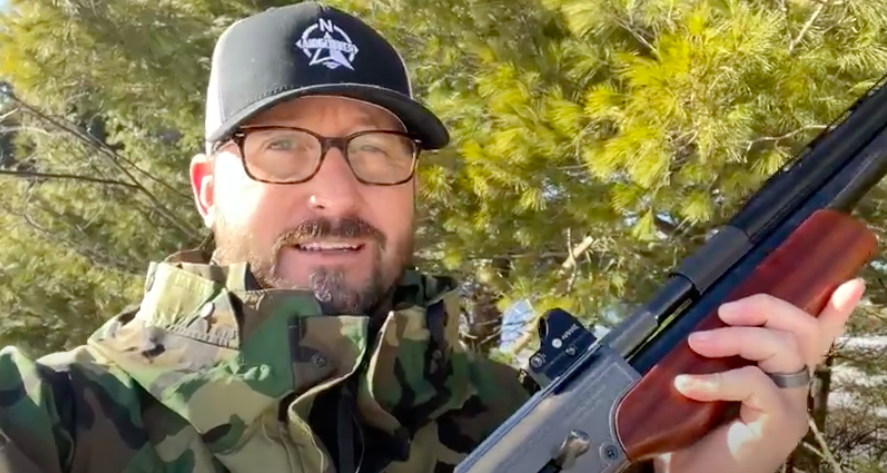 So you want to go Turkey hunting with an airgun shotgun? Before you even think about patterning your gun thinking you’re gonna take a gobbler with traditional shotgun lead shot, THNK AGAIN! I spent months last year testing airgun shotguns and their lethality potential as well as their patterning potential at given ranges and will tell you that #4 or #5 lead is NOT the way to go!

In this video I go over the Air Venturi Seneca WingShot II and how you can boost your knock-down power (FPE), increase your range, and tighten up your shot patterns by using Tungsten Super Shot. The WingShot II is an amazing versatile tool to have in your airgun arsenal as it can be used as a shotgun, or an arrow slinging airgun, or even shoot roundball. Ideally if you live in a state where hunting with arrow based projectiles for airguns, that would be the preferable method of take, but if you live in a state where they are not legal yet to use – you should really pay attention to the information in this video.

During this testing I was also able to show the FX Outdoors E-Z Shot Shooting Chair and will be doing a full review soon. I fricken LOVE this thing! During the Deer hunting season, I was able to test out the New FX EZ Shot Chair and immediately fell in love! Normally I hunt from a small tripod cloth stool with Primos Trigger Sticks tripod.

A few things I have never liked about sitting on a stool was how high my profile is and having the legs of the tripod shooting sticks stick out so wide greatly diminishing my concealment while Deer hunting or Turkey hunting.

The EZ shot chair fixes these issues by getting my seated position lower to the ground and the slightly reclined position is so much better on my back vs being hunched over for hours during a sit. The adjustability of the front gun rest functions just like the Trigger Sticks with fluid up and down movement. Love this thing! Way to go FX Outdoors!