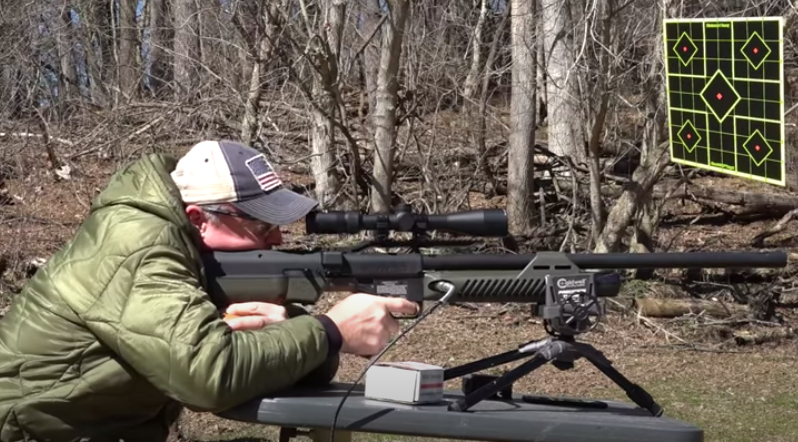 The .50 caliber Umarex Hammer Airgun Hunting Rifle didn’t alter the laws of physics. It just took advantage of them. The Umarex Hammer’s primary objective was to accelerate a greater mass faster using technology, ingenuity, innovation, and the big .510 caliber barrel. This unparalleled air rifle will push a 550-grain slug to 760 FPS and generate 705 ft-lbs of energy at the muzzle. Unlike a traditional firearm, the Hammer doesn’t generate a comparable report or recoil signature. A shooter in a big game hunting situation will not need to wear hearing protection when shooting the Umarex Hammer. The recoil of this big bore air rifle can best be described as a firm push, not a sharp kick like a powder burning rifle would give. Its dual-chamber precision magazine means you’ll have an immediate follow-up shot if needed and each Umarex Hammer comes with two magazines. The Umarex Hammer is not just another air rifle. It’s in an air rifle hunting class all by itself.